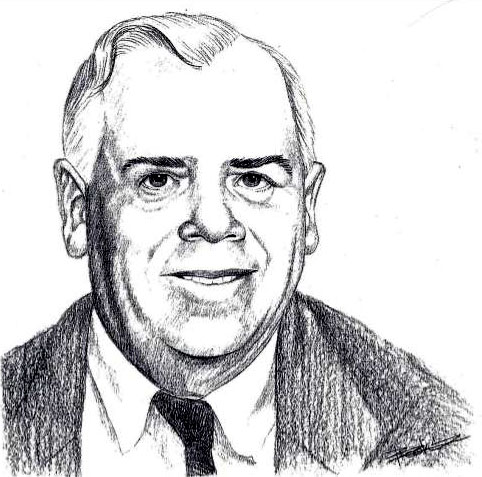 Not only was Max Brandon a coach, manager and sponsor of hockey clubs through a period spanning three decades in Fenelon Falls, but he was also a builder of the village’s strong sporting heritage. A lifelong promoter of the village as a tourism and sporting centre, Max Brandon operated a successful insurance business. He sponsored the Brandon’s Royal Canucks hockey club in the 1920s, the Fenelon Falls Cataracts in the 1930s, and the 1939-42 Brandon Waterloos. As manager and coach of the Waterloos, he worked with no less than five future members of the Lindsay & District Sports Hall of Fame. As chairman of the Fenelon Falls Hockey Association, he helped make the annual Fenelon tournament the largest of its kind in Ontario at the time. His tournaments drew teams and players from all over Ontario to the area. 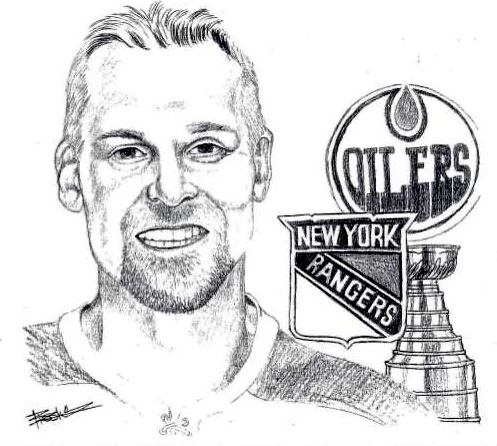 Wayne Gretzky and Mark Messier may have received most of the attention for their offensive leadership, but Stanley Cup-winning squads in the 1980s and ‘90s also depended upon rugged, stay-at-home defenceman in order to achieve the sport’s ultimate pinnacle of success. With four Cup rings to his credit, Jeff Beukeboom is testament to the importance of a strong blueline corps. A product of the Lindsay Minor Hockey Association, Jeff was the first round-pick of Edmonton in the 1983 NHL draft. In six seasons with the Oilers he won three Cups, and was also on the Rangers’ 1994 championship squad. In 13 NHL seasons he accumulated 159 points and 1,890 penalty minutes. He also played on the 1985 Canadian world junior gold medal-winning club. He has continuously supported the Lindsay community in fundraising efforts. 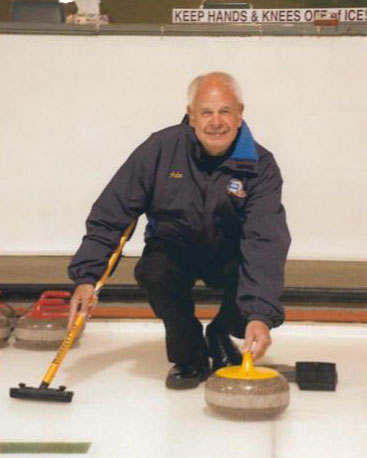 For close to 40 years, John McCrae has been synonymous with curling in Lindsay and throughout Ontario.  The success and growth of the Lindsay Curling Club are due in great part to his work as chair of the committee responsible for the renovations and upgrades at the club. His many achievements as a competitor and a builder over the years included the Ontario School Boy finals, the British Console provincial finals and a Silver Tankard Zone win in the 1970s. The first full-time general manager of the Ontario Curling Association, John was given an award of merit by the Canadian Curling Association in 1987. The longtime Lindsay resident and business owner was honoured with a lifetime membership in the Lindsay Curling Club in 1992, and had junior curling scholarship established in his name by the OCA. 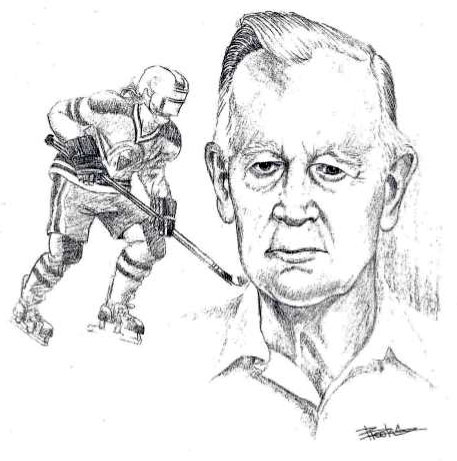 The game of hockey was a constant force in Wally Scott’s personal and professional life for more than 60 years. The coach, manager, builder and supporter of minor and junior hockey in Ontario always made himself available to the game and its participants. A resident of the community for more than 40 years, Wally followed up coaching experience in East York with dedicated service to local teams after moving to Lindsay. In addition to his involvement with many local organizations, he served as legal counsel to the Ontario Minor Hockey Association since 1973. In 2000, the OMHA established a bursary in his name, to recognize outstanding community service, athletics and academics. His influence, assistance and guidance to countless players in our community have extended well beyond the hockey arena. 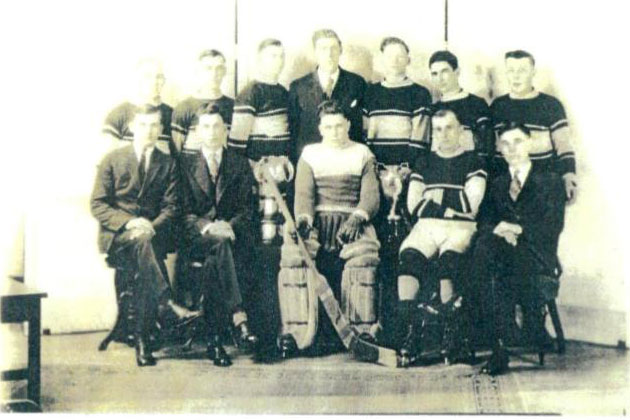 Considered the top of its class in senior hockey throughout Victoria and Haliburton counties in the 1920s, the Valentia Men’s team captured the Hughes Cup in 1926 & 1929. In addition, the club won the 1926 Piccadilly Cup and the 1927 & 1928 Felt Cup. Many members of the club were also part of the Valentia Senior Baseball Team that won the Victoria Independent Baseball League championship three consecutive years. Members of the team contributed over the years to the community through church service, coaching, as municipal councillors and school trustees. Their legacy continues to this day through further generations residing and working in the community, and contributing to municipal affairs in countless ways.