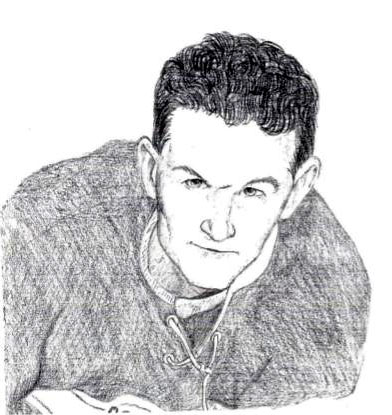 The words “great ability and leadership” are often used in the same sentence with the name Al Burns. Best known for his accomplishments in hockey, Al was also an excellent softball and baseball player.  He began playing school hockey in the early 1940s in Lindsay and played on the Intermediates in 1944-45. He played on the 1945-46 Jr. “C” club and was honoured to be selected to the O.H.A. Easter All-Stars, playing under coach Chas. Conacher at Maple Leaf Gardens in the spring of 1947. In 1948-49, Al was a member of the Ontario Championship Senior “B” hockey club (Peterborough Legion, which played its home games in Lindsay). The same team made it to the Ontario finals the next year. Al was inducted into the Peterborough & District Sports Hall of Fame in 1994.

Bill Fitsell has been playing, coaching or writing about sports, particularly hockey, since 1935. Growing up in Lindsay, Bill was active in hockey, soccer, rugby, baseball and softball in the 1930s and 40s playing for one of the first O.M.H.A. all-star teams (midget) in 1939. On discharge from the Navy in 1946, he co-ordinated the Lindsay boys hockey league. He coached the O.M.H.A. Juvenile all-stars for four years, including the 1951-52 provincial finalists. However, his particular gift was writing and by the mid 1940s, he was active on the Lindsay Athletic Club and was secretary and statistician for the Tri-County Baseball League. Working in a variety of newspapers over the years, Bill ended up in Kingston, where he became involved with the International Hockey Hall of Fame and Museum. (1969-93), the International Ice Hockey Federation Museum and was founding president of the Society for International Hockey research. Bill also wrote the book “Hockey’s Captains, Colonels and Kings”, published in 1987 and is the creator of Hockey-Stax, a player and statistics record book. 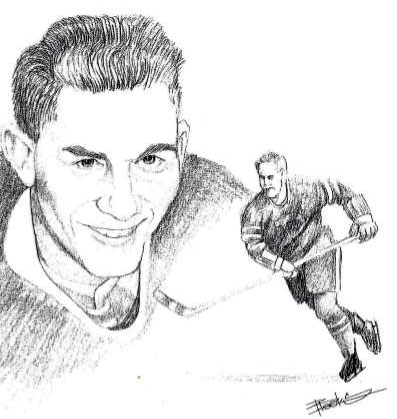 In a career that spanned over 30 years, Elwood “Sixty” Coombs Jr. excelled in a variety of sports including hockey, softball, football and soccer. His hockey career began in 1942 as player/coach for the Lindsay Boy Scouts and he also coached the Carew Lumberjacks Midgets to the Ontario finals in 1946-47. Sixty played for the Peterborough Legion Sr. B team which won the Ontario championships in 1948-49 and made it to the Ontario finals again the year after. The team was inducted into the Peterborough & District Sports Hall of Fame in 1980.  He played for the Lindsay Muskies in 1951-53 and coached the team in 1952-53. In 1953, Sixty started to referee for the O.H.A, O.R.H.A. and the O.M.H.A. He earned the nickname “Sixty” because he played hockey full-out for 60 minutes, inheriting the name from his uncle Elwood “Sixty” Coombs. 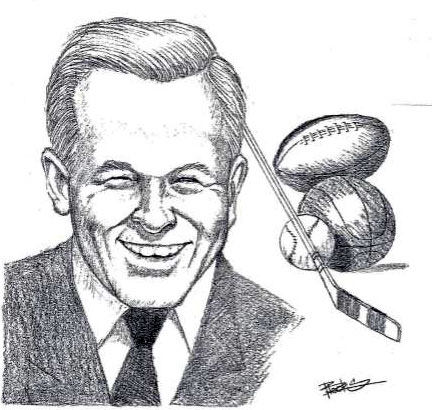 Considered by many to be one of Lindsay’s best all round athletes in the 1930s and 40s, Jack Campbell excelled in football, hockey, rugby, baseball and track & field.  He began his career as a hockey player with St. Andrew’s of the old church league, then joined the Lindsay Midgets for five years, advancing them to intermediate O.H.A. Rugby was the game he loved best and enjoyed five years at L.C.I. and three more in the intermediate O.R.F.U. On the football field when the team needed short yardage, the ball was given to Jack Campbell. Very few, it is said, ever saw Jack strike out in a baseball game, either in the Victoria Part softball league or with the Sunderland Tigers and he was always the backbone of the team. In whatever sport he played, Jack Campbell earned the admiration of his fellow teammates.